Representative Markwayne Mullin had an urgent request for the US Ambassador to Tajikistan.

In an appeal Monday, he asked for help transporting a large amount of cash into the country as part of an attempt to travel to neighboring Afghanistan to rescue an American woman and her four children by helicopter.

The response was that the embassy could not support such a dangerous mission, leading an enraged Mullin to threaten U.S. Ambassador John Mark Pommersheim and embassy staff, according to the Washington post.

“To say this is extremely dangerous is an understatement,” a State Department official told the newspaper on condition of anonymity to discuss a sensitive issue.

Mullin, 44, told officials he wanted to fly from Tbilisi, Georgia to Dunshanbe, the capital of Tajikistan, in a few hours and needed the ambassador’s help.

But the embassy told him that it could not help him flout the country’s limits on bringing cash into the country. They couldn’t support such a dangerous plan, either.

U.S. officials said they did not know the location of Markwayne Mullin, The Washington Post reported Tuesday evening, after refusing to help him bring a large amount of money to Tajikistan to fund a rescue attempt by helicopter in Afghanistan. 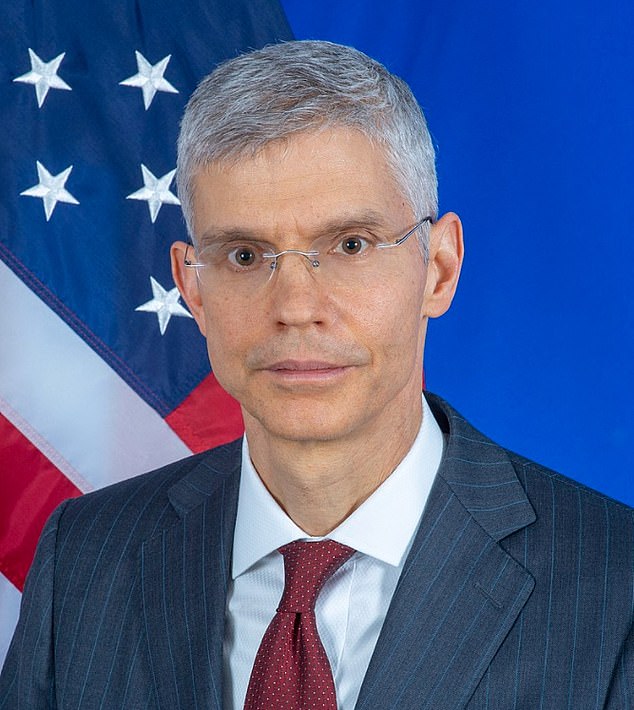 Mullin reportedly threatened U.S. Ambassador to Dushanbe John Mark Pommersheim, although the Washington Post did not describe what form the threats took. 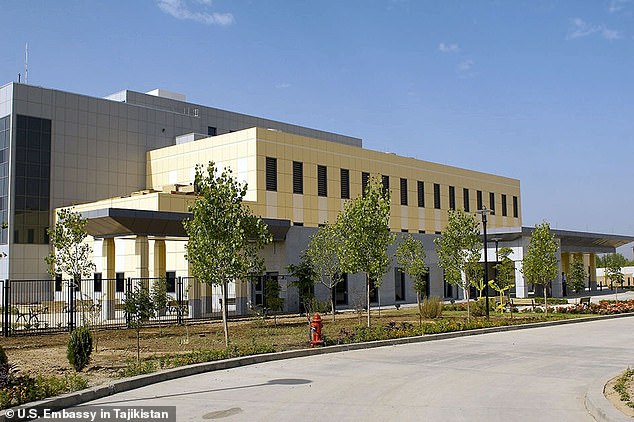 The United States Embassy in Tajikistan, which Mullin requests to help him in his private mission 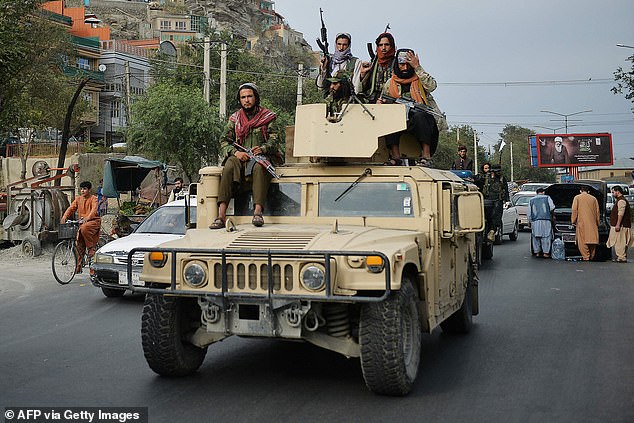 Taliban fighters atop a Humvee vehicle take part in a rally in Kabul on August 31, 2021 as they celebrate after the United States withdrew all of its troops from the country to end a brutal 20-year war – a war that started and ended with the Islamist hardline in power

This would be his second attempt to reach Afghanistan as part of a private rescue offer,

Last week he traveled to Greece, but the Pentagon denied him permission to continue to Kabul, an administration official said.

Officials have been on high alert for similar assignments after an unauthorized trip by Representatives Seth Moulton and Peter Meijer last week, who were condemned as reckless publicity stunts at a time when the armed forces were already overburdened to l Kabul airport.

On Tuesday evening, U.S. officials told the Washington Post they were unsure of Mullin’s location and that his office did not respond to multiple requests for comment.

It ended the United States’ 20 Year War and ended with a gigantic evacuation effort.

The US military has helped evacuate more than 120,000 people, including US citizens, allies and Afghans at risk from Kabul airport.

The chaotic airlift was supplemented by a series of private companies, from veterans using their military know-how to help their Afghan allies reach the airport to chartered planes bringing together women who feared for their future under the Taliban. 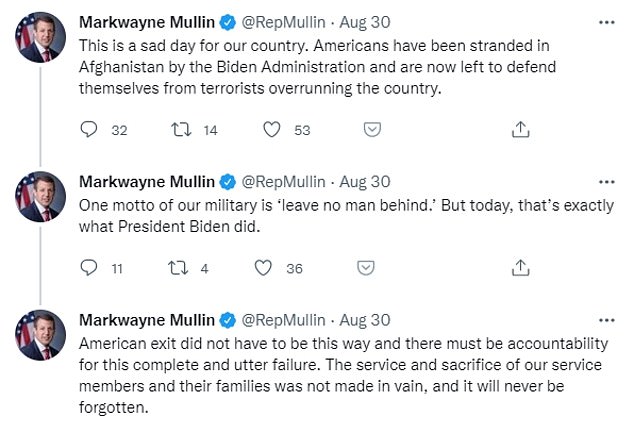 The State Department reissued a Level 4 travel advisory for the country on Monday.

“Do not travel to Afghanistan due to civil unrest, armed conflict, crime, terrorism, kidnappings and COVID-19,” he said.

Mullin is not a veteran of the United States Army, unlike Moulton and Meijer.

The Republican was first elected to the House of Representatives in 2012.

He strongly criticized the exit of the Biden administration from Afghanistan.

“It’s a sad day for our country,” Mullin said in a Twitter message Monday night.

“The Americans were stranded in Afghanistan by the Biden administration and must now defend themselves against the terrorists invading the country.

“A motto of our soldiers is ‘leave no man behind’. But today, that’s exactly what President Biden did.